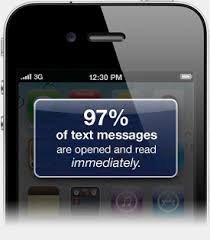 What types of technology will eventually become mainstays can be very hard to predict. Few imagined, for example, that the invention of the automobile would subsequently result in roadways being built in every country, crossing from one coast to the other, just to accommodate motor vehicles. In the same way, with the advent of affordable personal computers, very few predicted that shrinking those computers down to handheld size, and calling them “smartphones” would cause them to become the most ubiquitous high tech devices on the planet, with one giving a thought to upgrading them every three to four years, when cars regularly take a decade or so before they are replaced.

The cellular phone, or smartphone, has become a standard—or even more common—a sight in the general public than even cars. You don’t need a license to own and operate a cellular phone, and the usefulness of the device, when paired with its communication and computational abilities, makes it too convenient not to bring along. This portability, combined with communication, means the majority of Americans own one. If you’d like to reach them through this device, Sprint Data Solutions Worldwide Marketing can help.

How Sprint Data Solutions Worldwide Marketing Got Its Start

Sprint Data Solutions Worldwide Marketing is a proudly American owned and operated business. The company owes its beginnings to the dreams of one disabled veteran. After completing his duties in the military to protect the country, he decided it was time to develop its economy, by helping the businesses to grow. This ambition began in the hometown of Las Vegas, Nevada, assisting enterprises to there to reach the customers and clientele across different interests and demographics. Thanks to a commitment to quality results, the business grew and now plays host to staff with a combined total experience of over 50 years in the marketing industry.

Sprint Data Solutions Worldwide Marketing entered the business world before it had embraced the digital world. Direct mail and telemarketing were still some of the dominant forms of marketing at that time, as well as traditional media like print, radio, and television advertising. From direct mail, Sprint Data Solutions Worldwide took home some of the fundamental techniques that would play a key role in database management and analytics, concepts that would become increasingly important as the world transitioned to digital.

Today, Sprint Data Solutions Worldwide Marketing has broadened both the scope of its services as well as the scale. It is now the entire continental United States, including Alaska and Hawaii, that the company serves. The entirety of North America is also available for lists and leads, including both Mexico and Canada. There are even international services available with countries like France, across the Atlantic, as possible international sources of lists and leads. And all of them have significant reliance on cellular numbers and SMS communication in the 21st century.

The New Way To Communicate

With the rise of the cellular phone, new ways to communicate came along with it. Of course, most people expected that with a portable telephone that people could fit in a pocket, phone calls would be one of the primary uses for this technology. To the surprise of many, however, text messages, formally known as the Short Messaging System, or SMS, for short, rose to prominence.

SMS is, for all intents and purposes, email directed to a specific phone number, rather than an email address. It is ideal for short text messages, and quickly grew to become a popular method of cellular communication because it was “asynchronous.” In other words, just like email, the message could be preserved, referred to, and responded to any time, unlike a telephone call which required an immediate response else went into voice mail.

SMS became a common form of communication eventually became a useful tool for marketing and promotion as well. The reasons for this are numerous, including:

This rapid growth in the popularity of SMS communication presents new opportunities for marketing and promotion. However, to take advantage of its potential, businesses need access to the phone numbers themselves.

Sprint Data Solutions Worldwide Marketing has spent decades compiling databases filled with names and contact details. Through legal means such as opt-in programs when people sign up for subscriptions, services, newsletters, and others, Sprint Data Solutions Worldwide Marketing has access to virtually every cell phone number in the USA and the potential to send SMS marketing and promotion to those numbers.

However, while having access to nearly all the cellular phone numbers in the USA is desirable, what is even more important is having access to the phone numbers that can make a difference. This is where Sprint Data Solutions Worldwide Marketing analytics and machine learning algorithms show their real value. We don’t just compile names and numbers; we filter, manage, verify, and categorize these details according to different demographic metrics. If you have products meant for children, your SMS promotion won’t get far if it’s sent to a single college student. It will, however, get a much better chance of response if it is sent to a married, working professional with a toddler or two.

Sprint Data Solutions Worldwide Marketing can get you this kind of specific demographic and even purchasing preferences or other characteristics you’re looking for.

For businesses that want some assistance in the actual marketing and promotion, we can provide this too. Beyond phone numbers for SMS/Texting, we can also help with other types of marketing. We offer, for example, a turnkey direct mail solution for people that want to use direct mail marketing but aren’t sure how. Our solution takes clients through every step of the process from conception to production to distribution, all under one roof without having to consult and pay multiple vendors for the different stages of production.

So if you’re ready to start marketing through SMS, we can help. Contact Sprint Data Solutions Worldwide Marketing for the leads that can make a difference.